If there is one thing that’s evident in the Philippines, it’s that the people are resilient. When disasters like Typhoon Haiyan strike, there is grief, but then they get down to surviving. END_OF_DOCUMENT_TOKEN_TO_BE_REPLACED 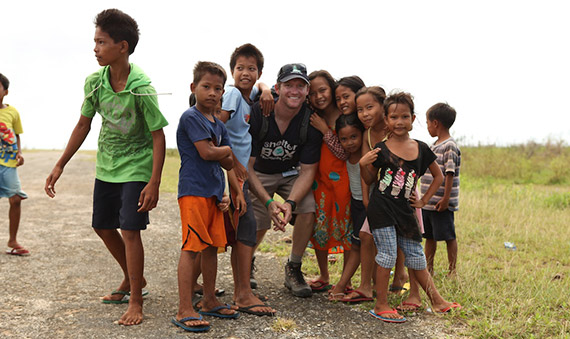 Bill Decker, a Rotary club past president and ShelterBox Response Team member, with children in the Philippines.

By Bill Decker, past president of the Rotary Club of Philadelphia, chair of the ShelterBox USA Board, and a ShelterBox Response Team member

I am on the ground on the island of Bantayan in the province of Cebu, Philippines, where the eye of Super Typhoon Haiyan (locally called Yolanda) passed over just a couple weeks ago. The devastation is unlike anything I’ve seen, and ShelterBox’s ongoing efforts will be required to alleviate the suffering here of the hundreds of thousands of displaced people. This is not my first visit to the Philippines as a ShelterBox Response Team member.  END_OF_DOCUMENT_TOKEN_TO_BE_REPLACED

By Ron Denham, a member of the Rotary Club of Toronto Eglinton, Ontario, Canada, and chair of the Water and Sanitation Rotarian Action Group.

A change is taking place in the way Rotarians approach water and sanitation programs.

We realize that the challenge of meeting the Millennium Development Goals is something that no organization can achieve on its own; not even Rotary with its 33,000 clubs and over 1.2 million members. To be successful we need leverage, the leverage that comes from collaboration with others who share our goals. END_OF_DOCUMENT_TOKEN_TO_BE_REPLACED 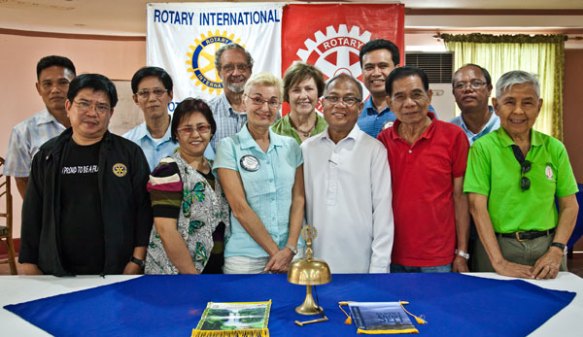 Members of the Rotary Club of Chicago-Far North, Illinois, USA, take part in a peace meeting with Filipino Rotarians during a two-week visit in February. Photo by Edouard Pierre

Gathered by the river in Iligan City, Philippines, my team of three Rotarians and four volunteers watched as 3,000 candles floated in the air, one in commemoration of each of the men, women and children who died as a result of the December flash flooding caused by a typhoon. 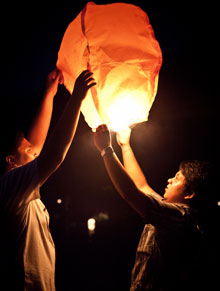 A candlelight ceremony in Iligan City, Philippines, commemorates the men, women, and children who died in flooding in December. Photo by Edouard Pierre

Earlier in the day, we had toured the devastation, and heard heart-wrenching stories of loss. We carried basic school supplies, clothing, and food to those in need, and took part in an ecumenical prayer service involving a bishop, a Muslim imam, and a local religious leader.

A young mother shared her pain at the loss of her children, but in her grief expressed hope for a better future. It was the most poignant example of the way the community has been coming together following the tragedy, and the work being done by the Bayanihan Foundation, which we were there to support.

Our team was on a two-week trip organized by the Rotary clubs of Chicago Far North and Iligan, Philippines, in support of the Bayanihan Foundation, an organization founded by a Rotarian “to enable Filipinos to improve their lives in empowering and sustaining ways.” Dale Asis, a native Filipino living in Chicago, had the opportunity to return to his homeland during a fellowship in 2007. Witnessing the poverty, plight, and tension between Muslims and Christians, he was determined to do anything he could to help. END_OF_DOCUMENT_TOKEN_TO_BE_REPLACED