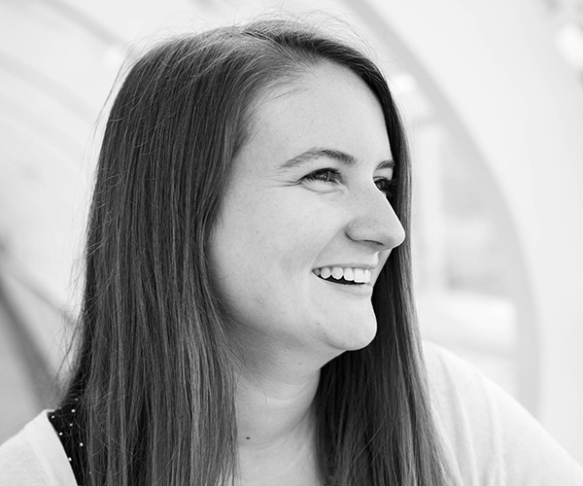 Alexandria Ritchie, a member of the Rotaract Club of Virginia Commonwealth University and the Rotary Club of James River (Richmond), Virginia, USA, as told to Diana Schoberg. Photos by Monika Lozinska

“I decided when I was 14 that I wanted to be a physician. It was when my parents told me about Oliver.

“Oliver is my older brother. He was born with Trisomy 13 (also called Patau syndrome), a chromosome dysfunction. He was alive for a day. I never had the opportunity to meet him. I remember when my parents were talking with me about it. I felt this pull – I wanted to be someone that could alleviate for other families what my family had felt.

“My mom, with Oliver, had a really bad epidural experience. Women in labor often get an epidural to try to numb the lower half of their body to make the pain more bearable. But it has a failure rate of 14 to 17 percent. That contributed to my mom’s stress. My bachelor’s degree is in biomedical engineering. Clinicians on my college campus came to the college of engineering and said epidural failures are a problem, can you fix it? I was drawn to the project because it felt like a chance to solve something that my mom had actually gone through, and that women will continue to go through until it’s fixed.

“Myself and six other engineering students began working on this problem, and created a device that is going through the regulatory process right now. I don’t know that I would have been able to do it without Rotary. Rotary gave me the soft skills that I needed to develop a product like this. Medicine is a difficult field to tap into. I don’t think I would have had the spirit of boldness to do it without Rotary. And a lot of product development, especially in medicine, is based on relationship building. That was definitely not a skill I possessed before Rotary. I learned it through my interactions with Rotary and Rotaract at places like the Rotaract Preconvention.

“This is my fourth preconvention. It feels like every time I come back my family gets bigger. The first year, I was new to Rotaract. There weren’t many people from my district going, and I didn’t really know any of the veterans – the people who go every year. But everyone was so welcoming. It felt like family despite the fact we were on the other side of the world. Now the Rotary convention is just permanently ingrained in my calendar every year in June.”