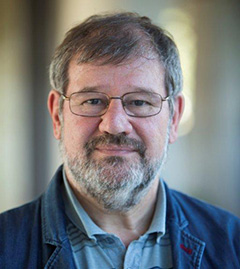 In February, Michel Zaffran will take over as director of polio eradication for the World Health Organization (WHO). Most recently, Zaffran has served as coordinator of WHO’s Expanded Programme on Immunization. He has also served as Deputy Executive Secretary of the Global Alliance for Vaccines and Immunizations (GAVI), and  represented WHO on the working group that designed and launched GAVI. We caught up with him recently to ask his thoughts about this new challenge:

I am extremely excited, but also emotionally very moved, to have been selected for this position. I started working for the World Health Organization in September of 1987 in the immunization program. A few months later in May the World Health Assembly endorsed the resolution to actually eradicate polio. I was just at a very junior level but remember seeing my bosses work on the resolution, and so I was there from the very beginning. So to actually toward the end of my career be coming back and heading the program for its last miles basically is very exciting and very moving.

My past experience has prepared me very well for this role. I have been working with all of the key partners for many years. And as the WHO’s director of polio eradication, I will need to interact closely with the various stakeholders and ensure their contributions remain well coordinated.

Over the past three years, specifically as part of the Polio Eradication End Game Strategic Plan, I was the chair of the Immunization systems Management Group responsible for coordinating the efforts of partners to prepare for the withdrawal of  type 2 oral polio vaccine (OPV) from 155 countries and for the introduction of the inactivated polio vaccine (IPV) into 126 countries. All of this work has been done very closely with Rotary, with the Center for Disease Control and Prevention (CDC), the Gates Foundation, and UNICEF.

We have celebrated some very good milestones recently, but now is not the time to give up.

So let me talk a little about this important step. As you know, the OPV is a very efficient and very effective vaccine. But in some rare cases, it can actually cause the disease from the attenuated (weakened) live virus it contains. It can even return to being virulent, circulate, and cause outbreaks.

There are three strains of the polio virus. Last year, the Polio Eradication Global Certification Committee certified that no natural cases of type 2 have occurred since 1999 and that the virus had been eradicated. From a public health perspective, it is no longer acceptable to be causing the disease with the weakened form of type 2 when it no longer exists in nature. So during a two week period at the end of April , all countries that are currently using OPV either in routine programs or in campaigns — there are 155 such places — will switch from the trivalent OPV (which contains weakened forms of all three types) to a bivalent OPV (which only contains types 1 and 3).

At the same time, we are introducing the injectable inactivated polio virus vaccine (IPV), which contains all three types of the virus in a killed form, into routine immunization systems. This will ensure that people continue to have protection and immunity against type 2 in case an outbreak were to occur, either from vaccine not entirely removed or because of an accident at a laboratory or manufacturer.

What remains to be done 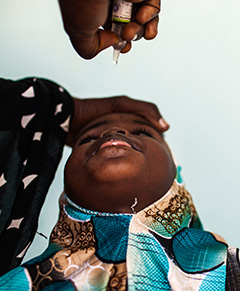 A child is immunized against polio in Nigeria.

We have celebrated some very good milestones recently, but now is not the time to give up. The fact that we declared Nigeria no longer endemic, that cases are just restricted to Pakistan and Afghanistan, sends a signal — which of course is a very good signal — of positive results. But at the same time there is a danger it can obscure the fact that we need to continue for a period of time to have very good surveillance in Africa and continue immunizing children. There are countries in Africa that are at risk, should anything happen, like we have seen in the past where the virus is imported from endemic countries.

Rotarians who have been so engaged and active in helping the program so far cannot let go. They need to continue to support the program and not only in Pakistan and Afghanistan, but in Africa where we need to ensure that there are the right campaigns conducted with high quality. What Rotarians should do is to continue to advocate that the job is not done yet.

(Rotary) had the vision as early as 1979 that this should be done and you convinced the rest of the world to move ahead and do it.

When we stop transmission in Pakistan and Afghanistan, and even after we have certification of global eradication, we will need to maintain high quality surveillance to ensure the virus is contained and not released into the environment.

And we need to make an effort — and Rotarians can contribute to this substantially — that the lessons learned through the polio eradication initiative, that the laboratories that we have established, that the skills that we have developed, that the staff we have trained, are not lost to public health. But that they are transitioned to new public health challenges. This is the fantastic broader legacy of the program.

I would like to recognize the unique role that Rotary and Rotarians have played in this fantastic adventure. You had the vision as early as 1979 that this should be done and you convinced the rest of the world to move ahead and do it. You have been there at the very beginning; you have been there all along. Don’t give up now, we are so close, we’ve got the end in sight.

Learn how you can help us end polio

10 thoughts on “WHO’s new director of polio eradication: the end is in sight”