As a writer, I’m always looking for metaphors and similes, especially in unfamiliar places, searching for the right phrase to tell a story.

On my first Rotary trip to India with Rotary Polio Ambassador Minda Dentler, the story I was seeking to tell was the work of Rotary members and the Global Polio Eradication Initiative. My task was easy. For in India’s sights, objects, and even signs, rich metaphors are abundant.

Take this sign on the back of a ubiquitous Tata truck: “Obey the Traffic Rules.” 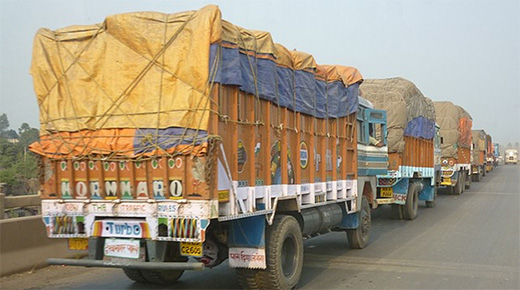 As any traveler on India’s roads soon learns, vehicles routinely drive on the wrong side of the carriageway to overtake others or to use a stretch of tarmac not devastated by the monsoon rains, resulting in hair-raising face-offs with oncoming traffic.

But I saw rule-breaking in different ways. The rules of public and even expert opinion dictated that a country of India’s size, population, and sanitation challenges could never become polio-free.

Despite the odds, India achieved that milestone last year, and I had the opportunity in November to see the polio eradication program in action during a Sub-National Immunization Day.

I’ve written about Rotary’s work to eradicate polio for almost a year, but a field visit brings home not just the scale of the project, but the people behind the work keeping India’s 172 million children age 5 and under safe from the disease.

I met dedicated Rotary members such as Deepak Kapur, India PolioPlus Committee Chair. As we ascended a freight elevator at his printing factory in Delhi, it dawned on me watching staff dashing to meet production deadlines just what kind of a sacrifice is involved in committing to end polio.

Here was a businessman, running successful operations in his humming factory, filled with stacks of printed books, pamphlets, and papers, who somehow finds the time to pull together all the threads required to ensure that one of the most populous countries in the world will never again fear the threat of polio.

Thousands more like Deepak live out Rotary’s creed, which is why the polio effort has been such a success.

There’s the Rotarians from District 7730 who joined Minda and me for the immunization day in Delhi:

In particular, there are also the female health workers who we had the pleasure to meet, who embody the dedication responsible for driving polio out of India.

Minda Dentler with female health workers, ready for a door-to-door immunization drive with Rotarians from District 7730.

I plan to write a lot more about this trip than I can squeeze into this one blog post. But I’ll leave you with another sign, this time an advertisement, which serves as the perfect metaphor for my time in India, and the enriching experiences of working for Rotary: 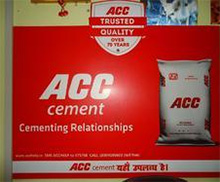 Learn how you can help us End Polio Now

4 thoughts on “A Rotary Passage to India”